In the early 1980s, Olivia Newton-John was arguably the most famous female singer in the world. Olivia was riding high on the massive success of her “Physical” album and even a string of floptastic movies could not dent the popularity of her music, with the soundtracks of “Xanadu” and “Two Of A Kind” churning out hit after hit. Olivia seemed destined to be THE pop queen of the 80s – that is, until the release of “Soul Kiss”. 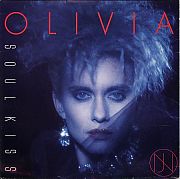 I’m not sure if anyone has managed to sabotage their own career as spectacularly as Olivia did with “Soul Kiss”. In the space of one album, 15 years of international superstardom and chart domination came to a screeching halt. So, what went wrong? The album itself is a rather glorious concoction of 1980s pop-rock and tender balladry. In fact, “Soul Kiss” contains some of Olivia’s most spectacular offerings. The problem was Olivia’s skanktastic new image, which included a semi-nude album cover (complete with nasty 80s perm and black riding trousers!) and a selection of songs that attempted to “out-sex” the, then emerging, Madonna. While acting like a slut came naturally to Madonna, fans did not expect a classy diva like Olivia to be singing songs about oral sex, threesomes and most bizarrely, female taxi-drivers! All of a sudden, Sandy had become Rizzo, and Olivia’s fans were having none of it!

Despite the hugely underwhelming response to “Soul Kiss”, the album has since become a fan favourite and something of a cult classic. While I have some trouble reconciling old school Olivia with the fabulous tramp on “Soul Kiss”, I still can’t recommend this album highly enough. Olivia herself has bemoaned the tacky styling, which her record company insisted on, but the music itself is more quirky and experimental than any mainstream 80s pop album has the right to be. “Soul Kiss” is something of a concept album about working women. At least, that has always been my interpretation. For example, Olivia sings songs from the perspective of a journalist, a taxi driver (LOL), a pilot and a ho. “Soul Kiss” is a lot of things – but it’s never boring! 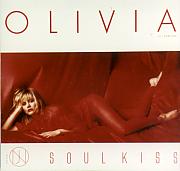 The album spawned two singles – the title track, which actually made the US top 20, and “Toughen Up”, an independence anthem. Both choices were bizarre because there are far better songs on the album. Thankfully, the video of “Soul Kiss” is 80s trash at its best with Olivia rolling around on red satin sheets. The video for “Toughen Up” is even better, with Olivia wielding a riding crop! 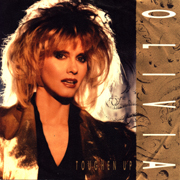 The first song I’m going to share is possibly my favourite from the album. “Queen Of The Publication” gives you some indication of what a weird and wonderful record this is. From the opening click of typewriters to the killer chorus, this ode to journalism is a winner in every respect. I love the idea of Olivia stalking celebrities!

I’m not overly fond of “Soul Kiss”, but it is one of those songs that manages to be insidiously catchy without having anything resembling a chorus. Apparently the term “soul kiss” was slang for a blow job. It becomes pretty obvious with the “get down on my knees” lyric! Get up off the floor Olivia. Slut!!!

I call this my I wish I was in the club in 2002 Classic Dance playlist.Sorry for all the posts, I'm going through my music and found stuff I forgot I had.Enjoy!Part One: drive.google.com/drive/folders/1zmkhWJUbAXg8-flAJR7qLEErbazostMh?usp=sharingPart Two:drive.google.com/drive/folders/1qnHmjrhOz1KYlVNW5Wd83UHIAz7PEtQK?usp=sharing ... See MoreSee Less
View on Facebook
· Share